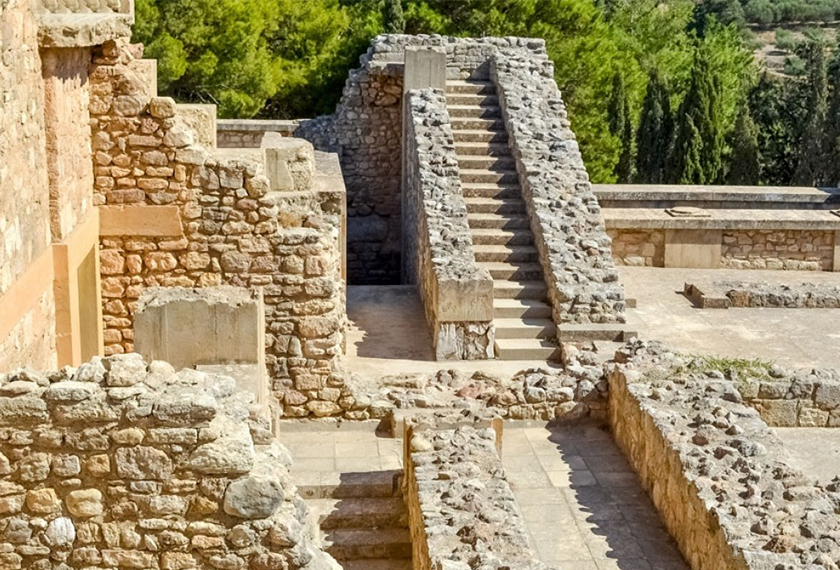 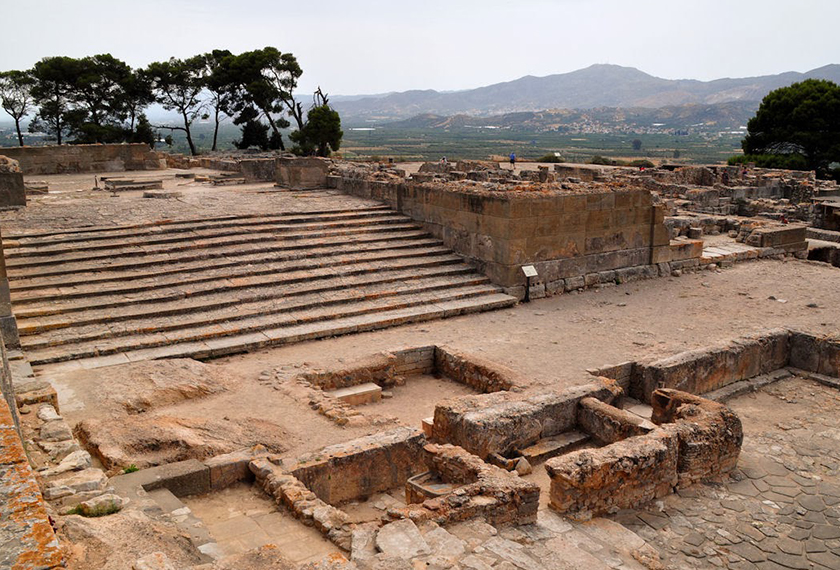 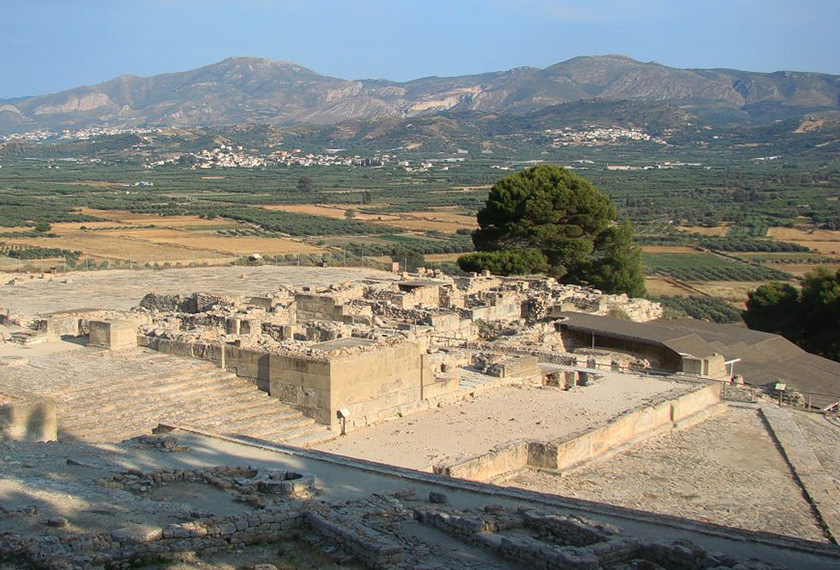 Phaistos was located by Thomas Abel Brimage Spratt, commander of the Spitfire, a paddle steamer, in the Mediterranean Survey of 1853, which surveyed the topography, settlements and monuments of Crete. Spratt followed the directions of Strabo, who said:

Of the three cities that were united under one metropolis by Minos, the third, which was Phaestus, was razed to the ground by the Gortynians; it is sixty stadia distant from Gortyn, twenty from the sea, and forty from the seaport Matalum; and the country is held by those who razed it.

The simple geometric problem posed by these distances from known points was solved with no difficulty by the survey. The location pinpointed was the eastern end of a hill, or ridge, rising from the middle of the Yeropotamos river valley extending from the sea to the Messara Plain in an east-west direction. The hill was called Kastri ("fort", "small castle"). A military man, Spratt understood the significance of the location immediately:

I thus found that Phaestus had occupied the extremity of a ridge that divides the maritime plain of Debaki from the plain of the Messara, so as to command the narrow valley of communication....